Disclaimer: I received AfterShokz Trekz Titanium as part of being a BibRave Pro. Learn more about becoming a BibRave Pro and check out BibRave.com to find and review races!

I am almost embarrassed to admit that up until testing the AfterShokz Trekz Titaniums, I was always running with the iPhone headphones – constantly getting tangled in my arms, falling out of my ears, and eventually getting water (but really sweat) damage. I had always considered investing in a pair of wireless headphones but didn’t want to spend the money and then have them be uncomfortable or break after a couple runs. I’ll admit right now, that was a mistake – I should have bought wireless headphones years ago. However, I’m happy I didn’t because there’s something extra special about these new ones and I think you’ll agree with me.

First of all, these bad boys are waterproof. So key. Not just because of the sweat issue but how many times have you had to run except it’s pouring outside and the thought of having to run without your playlist or podcast makes you stay in so you don’t break your headphones? Problem solved.

Second of all, they are wireless and the battery lasts for about 6 hours which is huge on those long runs. The one thing I would love is a some sort of indicator of where the battery is at. I never wanted to risk them dying on a run so I always made sure to plug them in after I had used them for about 4 hours. However, they figured out how to make them not bounce every step, so I’ll take that in lieu of an indicator.

Third and probably the coolest aspect of these headphones are the fact that they rest over your ears rather than inside. I know what you’re thinking, how are you supposed to hear your music and what is the point? And while I’m not going to get all technical with you, I will say that it somehow works and it’s great because as a person that runs alone down some back-country roads, it’s important that I am aware of my surroundings. I am able to simultaneously be fueled by my music and listen for cars, people, or animals sneaking up on me.

All in all, these headphones are winners and if you weren’t persuaded by everything great I had to say, hopefully the opportunity to get a free portable hard case with code “FREECASE” will push you over the edge. Check them out here. 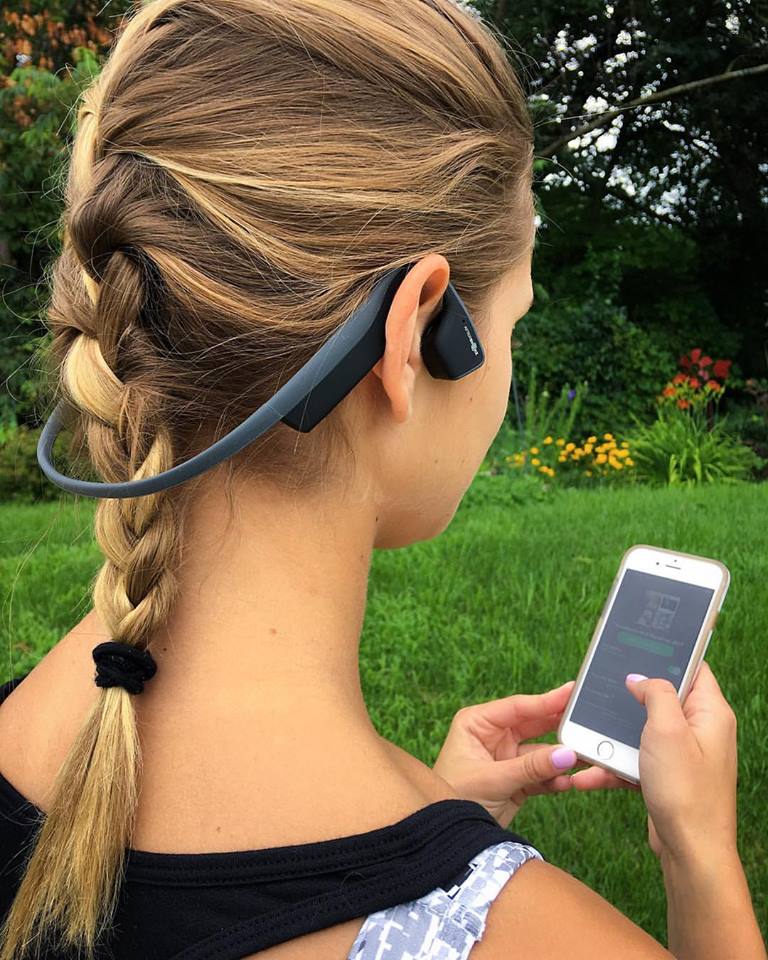 You may also enjoy:

Are you always on the go, running from one thing to the next, essentially booked up until the end of time? That’s the story of my life. My name is Constance but my friends call me Connie and I’m the one behind all these words. Constantly | A Blog for the Girl on the Run is for the go getter, the marathon runner, the military spouse, the adventure seeker, the deal finder, the chick who sweats in the morning then eats cake in the evening (homemade with clean ingredients, of course) and everyone who can’t seem to sit still because they’re trying to make this world a better place. Follow me on this journey and let’s get this blog running!